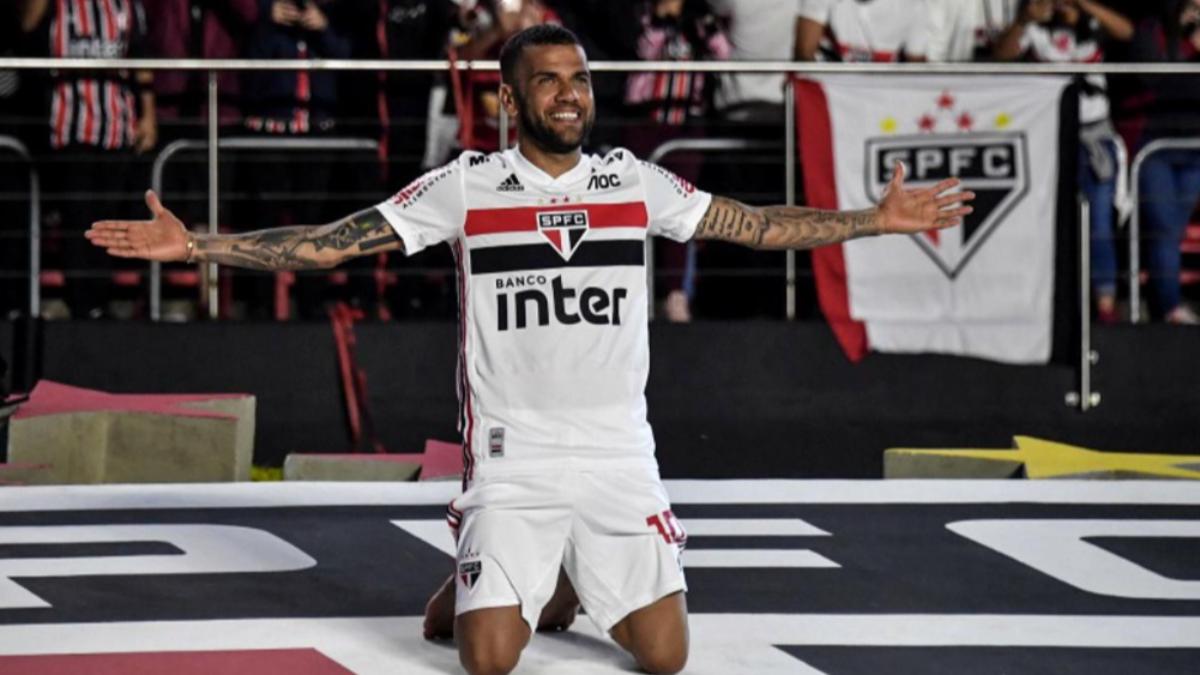 Brazilian veteran Dani Alves has left Sao Paulo, after a real soap opera related to his contract as a player in the Serie A group Brasileirao.

The former great player from Camp Nou returned to his native country in 2019, after a period of 15 years in which he successfully played in Europe.

Dani Alves (36 years old) revealed in an interview that he refused the proposals coming from Juventus and Barcelona to go to his native country, to Sao Paulo.

The Brazilian said his dream is to play in the 2022 World Cup. The most titled footballer is of the opinion that the big clubs in Europe would not have had the necessary stability to achieve his goal, given his advanced age.

"I wanted stability because I want to fight for the 2022 World Championship. This is where the process of choosing the next challenge began. Many clubs did not propose this to me because they did not believe in me and because they thought I had an expiration date. I said my expiration date since I started playing football: ", Alves was quoted as saying by Globo Esporte.

Alves also explained why he refused a return to Juventus or Barcelona, clubs where he played in the past and with which he won numerous trophies: "I had the opportunity to return to Juventus and Barcelona, but I said that I will not go there. I thought about what that place will bring me or what will improve me. I stopped to think, I put my head together and I made the choice ".

Dani Alves moved to Sao Paulo this summer, signing a contract valid until the end of 2022. In Brazil, he evolved to the position of midfielder, although his usual position in Europe was that of the right defender. In his career, Alves has also played for Bahia, Sevilla, Barcelona, Juventus, and Paris Saint-Germain.

At the Brazilian national team, he has 115 appearances and eight goals. Sao Paulo has announced that it has terminated the contract of star Dani Alves after the defender refused to play for the club due to a contractual dispute.

Sports director Carlos Belmonte revealed that Dani Alves refused to return to training after being called up to the Brazilian national team, a move that eventually forced the hand of the South American club of a great tradition: "We were told by his representatives that Dani Alves will not return to Sao Paulo until there is an adjustment in the financial debt that Sao Paulo has to the player ".

Belmonte then went on to say: “Sao Paulo recognizes that debt and last week I made a proposal to it to try to resolve the situation. The proposal was not accepted by the footballer's representatives.

Negotiations will continue. We made the decision and informed coach Hernan Crespo that Dani Alves will no longer be available to play in Sao Paulo. We all work for this club. No one is superior to Sao Paulo FC ".Representatives of the 38-year-old veteran claim that the Brazilian team owes Dani Alves 1.7 million euros in image rights since two years ago, since the arrival of the former Barcelona star at the Serie A club Brasileirao.