Prediction and match preview for Napoli vs Liverpool 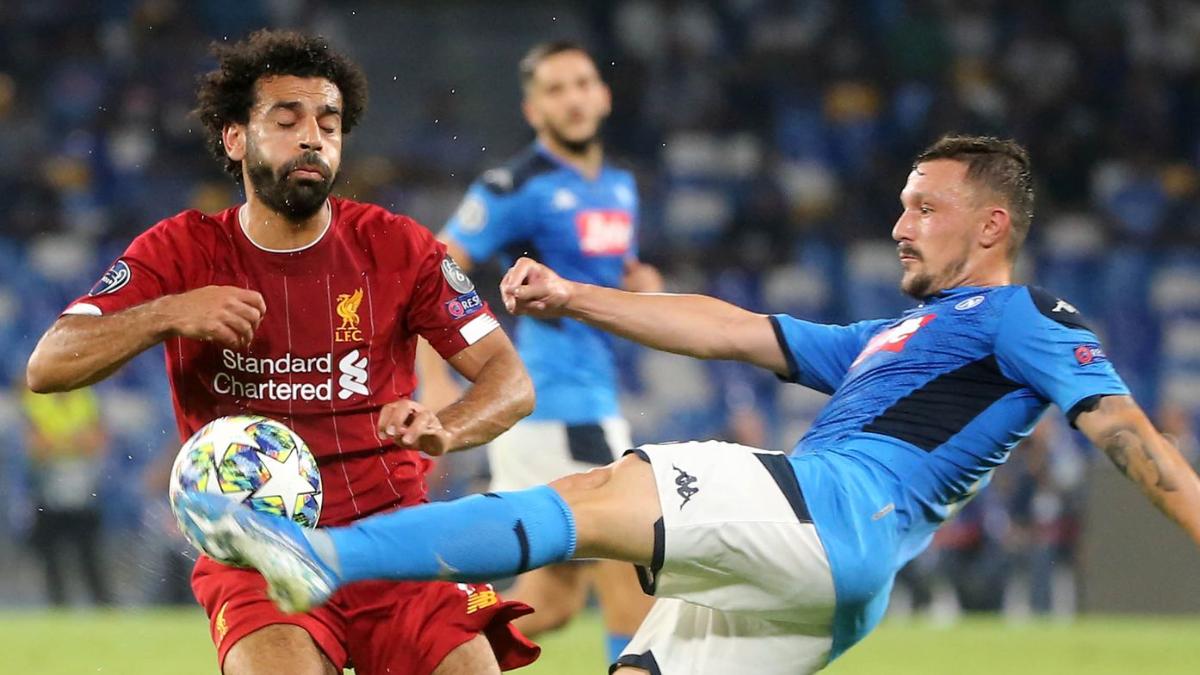 Napoli and Liverpool will meet on Wednesday from 22:00 in one of the most passionate matches of the first evening in the new Champions League season! The two teams are part of a nice group ( A), along with Ajax and Rangers. The "Cormorants" are facing a real challenge, considering that they have never won in the opponent's ground!

Napoli parted ways with some very experienced players in the summer, such as Mertens, Insigne, Koulibaly, Ospina and Fabian Ruiz. All first team starting players in recent years, who have brought Napoli to the Champions League in several seasons. But Luciano Spalletti's squad doesn't look at all weakened as the current season has begun.

The Azzurri have had a consistent start in Serie A, with 3 wins and 2 draws, with which they started the week at the top of the hierarchy. Perhaps the only result with which they did not come to terms was a draw with Lecce at home (1-1). Before this game, Napoli had a hard-fought 2-1 win at Lazio. The attack led by Victor Osimhen also looked relaxed, averaging 2.4 goals in the first 5 official games.

Khvicha Kvaratskhelia scored the decisive goal with Lazio. He is having a fantastic debut at Napoli, managing to score 4 goals already! The 21-year-old Georgian, who arrived this summer, is ready to give the "cormorants" a hard time. Hirving Lozano and Diego Demme are the injured players in Spalletti's squad.

On the other side, Liverpool is one of the teams that have seriously left their mark on the Champions League in recent years. This team has played the final in 3 of the last 5 years, managing to win the trophy in 2019 as well.

Jurgen Klopp's side are among the big favorites at the start of this season as well and at first glance they should have no worries about qualifying further from a group with Napoli, Ajax and Rangers. The German manager's problem, however, is the fact that he has no peace in the championship at the start of the season in Europe. Liverpool are only in 7th place after the first six games, during which they have achieved only two victories at home, 9-0 with Bournemouth and 2-1 with Newcastle. The offense no longer has the same efficiency after the departure of Sadio Mane. Except for the 9-goal game against Bournemouth, Liverpool have only scored 6 goals in their other 5 games. Without the Senegalese, Mo Salah was no longer the same player in front of opposing defences. The Egyptian has scored only 2 goals so far.

For the game with Napoli, Jurgen Klopp will probably only come with a significant novelty, the appointment of the brazilian Arthur Melo, brought on the last day of mercato from Juventus. Liverpool are in desperate need of better passing through the defensive lines and it is hoped that the brazilian can provide the extra request. The English have enough players with medical problems: Naby Keita, Alex Oxlade-Chamberlain, Jordan Henderson, Thiago Alcantara, Calvin Ramsay, Caoimhin Kelleher and Ibrahima Konate are the injured men. Of these, only Thiago would have any chance of being recovered.

Hot stats:
- Liverpool have never won at Napoli, with two defeats in the Champions League and a draw in the Europa League.
Moreover, in the three games at the Stadio Diego Armando Maradona, as the arena is called today, the "cormorants" never scored.
On the other hand, Liverpool last season became the first team in England to achieve six wins in as many games in the group stage.

While the possible introduction of Arthur will only benefit Liverpool up front, Klopp's attackers have struggled to convince so far and must now try what no Liverpool team has done before - score an away goal against Napoli.

The Serie A leaders can feel confident about winning the midfield battle this week and we have faith in the Partenopei to extend their unbeaten Champions League home run at the expense of Liverpool's golden away streak. We will see goals from both sides this evening!