Prediction and match preview for Frankfurt vs Rangers 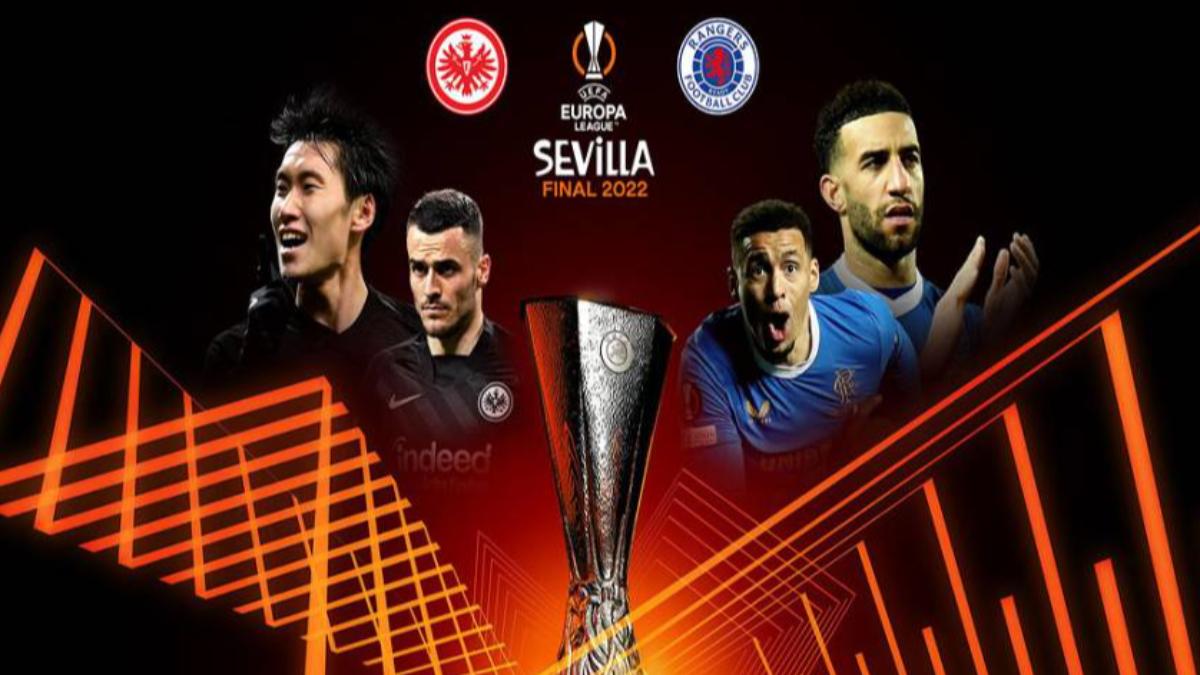 In the UEFA Europa League final on Wednesday, May 18, at the "Ramon Sanchez Pizjuan" in Seville, Eintracht Frankfurt and Rangers FC will meet up, two teams that in addition to the trophy, have an additional stake: the qualification in the Champions League! It is their first match since 1960 in the semifinals of the European Champions Cup. Back then the Germans scored six goals in both games, winning 6-1 at home and 6-3 away. They qualified for the final which was played right in Glasgow, on Hampden Park, where they lost 7-3, against Real Madrid.

Throughout history, Rangers has had several appearances in European football, thanks to the low level competition in his country. In fact, the Scots have gathered several continental finals. They played in the Cup Winners' in 1961 (final lost to Fiorentina), in 1967 (final lost to Bayern) and in 1972 (final won with Dinamo Moscow), but also in the UEFA Cup in 2008 (final lost to Zenit St Petersburg). Frankfurt, on the other hand, played another UEFA Cup final in 1980, which they won against Borussia Monchengladbach.

In recent times, both teams have been consistently in the Europa League and Eintracht were close to another final act in 2019, when they were eliminated by Chelsea in the play-offs of the semi-finals. On the other hand, the Rangers have not reached the quarterfinals until this season.

In the last part of this season, the Europa League was the only competition that mattered to Eintracht Frankfurt. The "Eagles" ended up neglecting even the Bundesliga, where they finished in 11th place, without winning a game in the last eight stages. In fact, the last successes of the last two months of Oliver Glasner's team have come in the Europa League.

After dramatically missing the Top 4 last season, Frankfurt began their journey to the UEL Group Finals. They finished in first place undefeated, over Olympiacos, Fenerbahce and Antwerp, after which had eliminated, in turn, Betis, Barcelona and West Ham.

In the previous visit to Sevilla, the city where Frankfurt returns for the last act, Eintracht won 1-0, but then, in 90 minutes, lost by the same score, the only match of this European season. It was not a full defeat, because, at the end of the extra time, they equalized due to an own goal. From Barcelona, ​​the "eagles" went 0-0 at home and 3-2 at the Camp Nou, in a match in which they were 3-0 up, and from West Ham, with a double victory, 2-1 in London and 1-0 at home.

The last league game, played on Saturday against Mainz and ended 2-2, Oliver Glasner repeated for the final against Rangers and there are great chances to see the same first 11. The only question is related to one of the people who will play in behind Santos Borre. Hauge started with Mainz, but there is a good chance that Lindstrom will be fit for Wednesday's game. With the exception of Durm and Ilsanker, who are ineligible for this match, only Hinteregger and Da Costa have medical problems.

Rangers FC has a moral advantage before this final, because, along the way, it has already passed two Bundesliga teams, theoretically stronger than Frankfurt: Borussia Dortmund and RB Leipzig. Even without the two doubles, the course of the Scots was much more complicated than that of the future opponents and this in parallel with the loss of the internal title. In addition, "Teddy Gers" have changed coaches this season, with Giovanni van Bronckhorst taking over the technical leadership after Steven Gerrard left for Aston Villa.

Scottish champions last season, the Rangers started the continental season at UCL, but were eliminated by Malmo in the third preliminary round. From there,they reached the Europa League play-offs, where have passed the Armenians from Alashkert to join the groups (1-0 at home, 0-0 away). In the groups he started weakly, with defeats against Lyon and Sparta Prague, in the first two stages. But recovered four points ahead of Brondby. Rangers finally finished with eight points, in second place, after the French and ended up playing in the playoffs of the playoffs.

The first opponent was Borussia Dortmund, which Rangers beat Germany 4-2 and onIbrox was 2-2. This was followed by a game with Belgrade Red Star resolved with a 3-0 home run victory, so away 1-2 defeat didn't matter. Perhaps the most important success was the second leg of the semifinals, with Leipzig. After losing 1-0 in Germany, Rangers won 3-1 at home.

Glasgow's Ianis Hagi, Alfredo Morelos and Filip Helander will be missing, but Van Bronckhorst is already used to their absences. Unlike Glasner, the Dutch coach chose to spare most of the key players over the weekend, in the match in the last stage of the championship, won 3-1 at Hearts.

Hot stats:
Rangers give the top scorer of the competition so far (Tavernier, 7 goals), while Frankfurt, the best passer (Kostic, 5 assists).
Rangers became the first team in the history of the UEFA Cup / Europa League to reach the final after losing the first 2 matches of the actual phase of the competition.
Given that the second leg with Betis is listed as a draw, Frankfurt can only become the third team to win the Europa League without losing a game, after Chelsea (2018/19) and Villarreal (2020/21).

Van Bronckhorst may become the first Dutch coach to win the trophy after Dick Advocaat, who was on Zenit's bench in 2008, when the Russians won the final with the Rangers.
If the Rangers have already taken out 2 German teams, Frankfurt has 2 victories, this year, in Spain (with Betis and Barcelona).

Despite a disappointing season in Bundesliga, Frankfurt have found a consistent formula for success in the European competition, but the absence of Hinteregger and concerns over Ndicka's fitness is not good news for the faithful Adler. Rangers can be far more satisfied with their domestic showings this season, but performances away from Ibrox in the Europa League have been difficult to come by in the knockout rounds and the extra rest time for some players might work for the team. With Frankfurt used to winning on Spanish grounds with good attacking aplomb, we expect them to travel back home with the trophy!