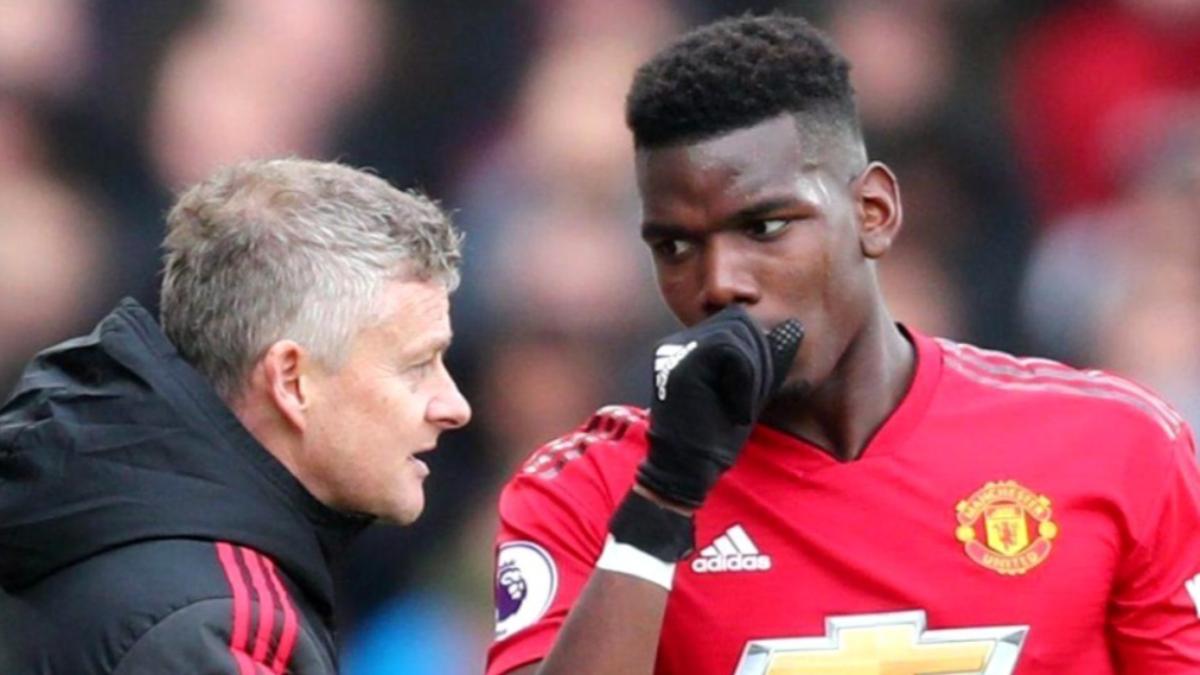 The world champion concludes his contract at Old Trafford in June 2022 and his only great desire is to reach the Santiago Bernabeu." Les Bleus" midfielder concludes his deal with Ole Gunnar Solskjaer's team next summer.

Paul Pogba has decided that his future is at Real Madrid, and Manchester United wants to make money on him in the winter United's bosses fail to persuade him to renew his deal with the "red devils", Pogba will be put up for sale during the January market period, so as not to risk his loss for free, according to ESPN.

According to El Mundo Deportivo, PSG and Juventus are two other big names interested in the services of the world champion, but the Spaniards claim that Pogba is ready to reject any proposal from the giants of the "Old Continent" to play at the Santiago Bernabeu.

The Italian Carlo Ancelotti is looking for solutions for the middle compartment of the Madrid team, where the injury of Toni Kroos and the age of the Croatian Luka Modric, 36 years old, can seriously affect the team's performance throughout the season.

The blanco group is already looking to the future, after extending the contracts of Casemiro until 2025, and Fede Valverde, whose agreement will expire in 2027, and transferred the new child prodigy of football in Hexagon, Eduardo Camavinga, aged for only 18 years.

Frenchman Paul Pogba has been included in the ideal EURO 2020 team, made up of UEFA, even if the French national team was eliminated in the round of 16 of the competition concluded with the victory of Italy.

Florentino Perez's plan: bring Kylian Mbappe and Erling Haaland to Real Madrid in the summer of 2022! The bonus is the transfer of Paul Pogba to the BernabeuMbappe and Haaland are the same age and represent the future of football in Europe.

Both will mark the next decade of round ball sport, and Mbappe, just 22, is already world champion with the French national team, something that, for example, failed superstars like Leo Messi, Cristiano Ronaldo, or Neymar Jr. throughout their career.

The PSG striker has stated countless times that his childhood dream has been to play for Real Madrid, but the stubbornness of the Qatari owners of the Parisian group prevented his transfer this summer to the Santiago Bernabeu.

However, Mbappe has so far refused 6 times offers to extend his agreement, which expires in the summer of 2022, and from January 1 he can sign a pre-contract with Real Madrid, where he could end up free of contract at the end of this season.

Thus, for only 75 million euros, Real Madrid may have a dream couple Mbappe - Haaland in the attack of Carlo Ancelotti next summer, and the icing on the cake could be the transfer of Paul Pogba, also from the position of the free agent, from Manchester United.

The French midfielder has declared his admiration for Real Madrid, and his agent is none other than Mino Raiola, the same manager who could bring Erling Haaland to Madrid. Florentino Perez is preparing a new galactic team!