Prediction and match preview for Newcastle vs Arsenal 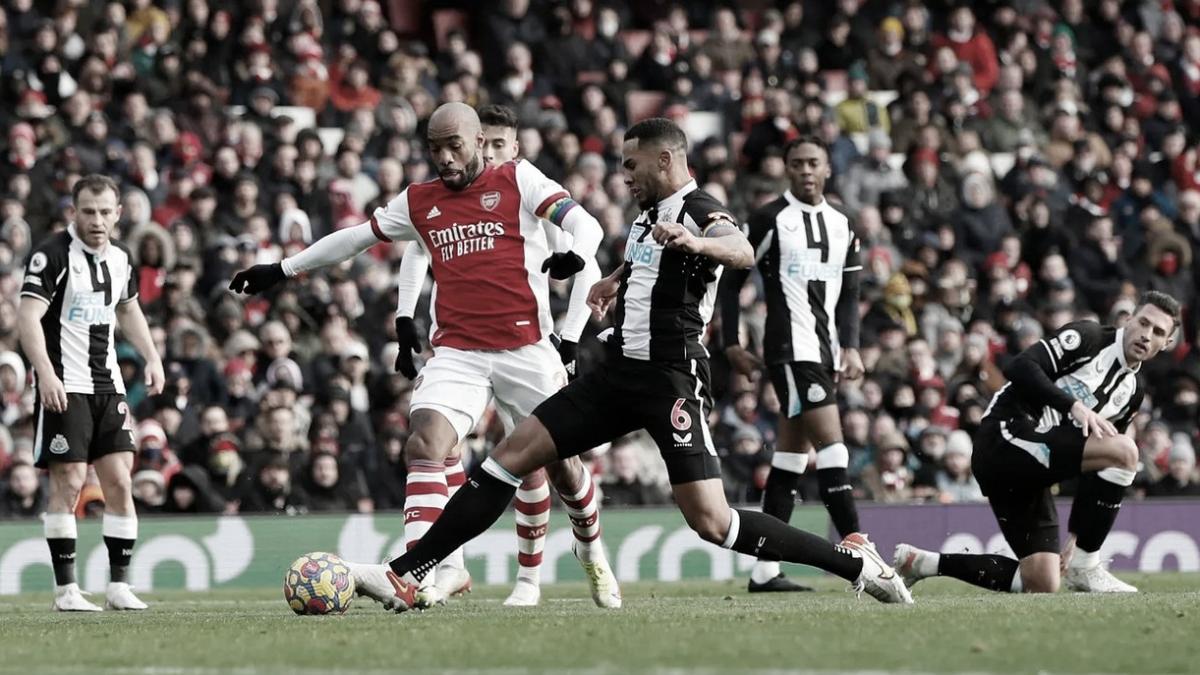 Arsenal have two more games to play in the Premier League for a Champions League qualification and two victories guarantee their top 4 place! On Monday, from 22:00, the "gunners" will play away, on home soil of the Newcastle team.

The "magpies" have undergone major changes during this season. First of all, they have a new owner, who also invested almost 100 million euros in transfers in the winter. Newcastle had at one point reached the last place, but had a consistent 2022 year and had no problems avoiding relegation. In fact, following the course, Eddie Howe was nominated for the award for best manager of the season. From here, the club builds a team with which to attack other targets in the next season.

However, Newcastle is facing the match with Arsenal after two defeats, 0-1 with Liverpool at home and 0-5 at Manchester City away. In the match against the "cormorants" the team also suffered its first defeat on own field after 6 consecutive victories. And in Manchester, the team felt that they had already gone on holiday. It remains to be seen how Eddie Howe will be able to motivate his team in the last two stages with Arsenal and Burnley (away), in disputes in which both opponents are in dire need of victories.
From a statistical point of view, it is worth noting that Newcastle have won their last home game in 6 of the last 8 seasons. The exceptions were two games against Liverpool in 2018/19 and 2019/20.

At the time of the game, Arsenal will already know how the match between Tottenham and Burnley ended. Mikel Arteta's team lost the North London derby with Spurs, 0-3, four days ago without appeal, but remained in pole position to take 4th place at the end of this season. At the start of the 37th stage, the "gunners" entered with an advance point.
The defeat with Tottenham ended a very good period for Arsenal, after four victories in other games with a high degree of difficulty, as follows: 4-2 at Chelsea, 3-1 with Manchester United, 2-1 at West Ham United and 2 -1 with Leeds United. Recent "gunfire" disputes have generally been rife. After the last international break, at the end of March, 7 of the 8 matches of the team had 3+ goals in total.

As for the team, Mikel Arteta cannot rely on Rob Holding, suspended after the red card seen with Tottenham. He is being replaced by Ben White, who has been sidelined with Tottenham after an injury. Kieran Tirney and Thomas Partey have already finished the season.

Hot stats:
- Arsenal have won 17 of their last 18 Premier League games against Newcastle, with the exception being a 2-1 defeat at St James Park in April 2018.
- In the last 7 straight games, Newcastle have not scored a goal against the "gunners".
Arsenal lost their last away match in a season in just one of their last 11 games in 2020, when they lost 1-0 at Aston Villa.

When Arsenal get in a bad moment, they do get in a very bad moment, but Newcastle are still prone to the odd lackluster defensive showing and Arsenal is desperate to collect all the 3 points in the table to keep alive their Champions League hopes. It will look like a tight game, but if walking in motivated enough the ‘Gunners’ should win this one!