Prediction and match preview for E Frankfurt vs West Ham 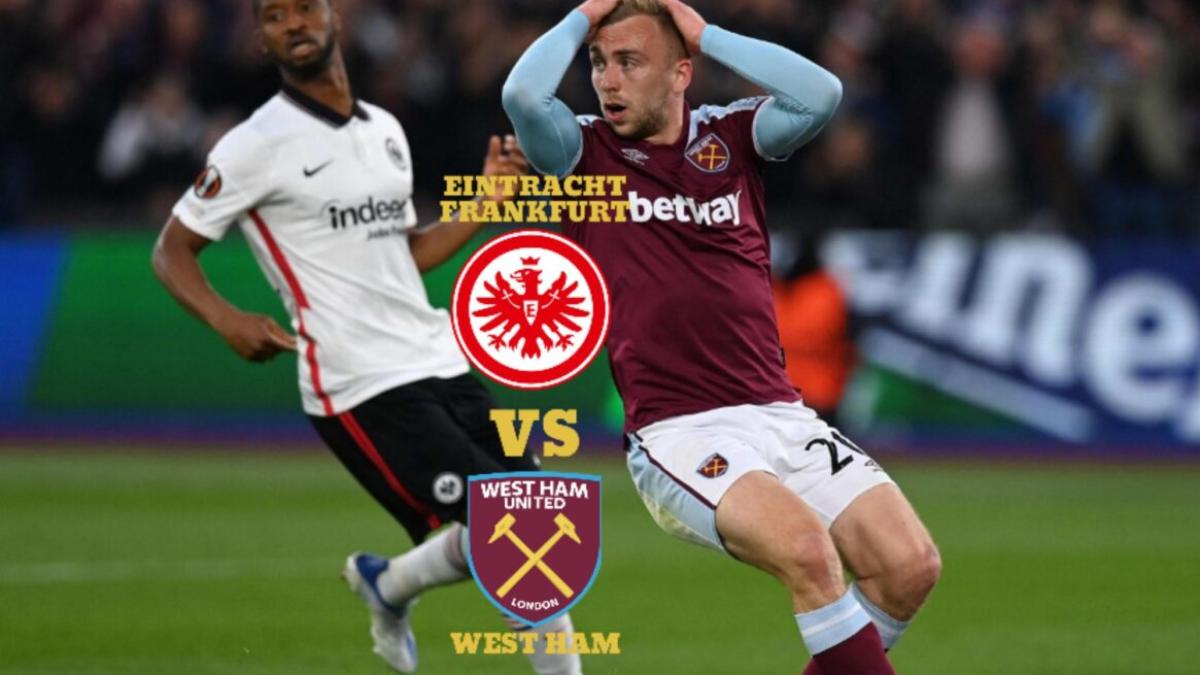 Eintracht Frankfurt and West Ham United will meet on Thursday, May 5 at the Waldstadion, in the second leg of the UEFA Europa League semifinals. The Germans have the advantage of the result from the first leg where they won 2-1, thanks to the goals of Knauff and Kamada. For the English, Antonio scored, and in the end, Bowen could equalize again, but the ball resumed by the scissors of it hit the crossbar.

The only direct match that took place in Frankfurt, the one in the round of the Cup semi-finals, from the 1975-76 season, ended with the victory of the "eagles", with 2-1, an insufficient score, as the "hammers" had the advantage of a 3- 1 in the first round. West Ham later lost to Anderlecht in Brussels.

This return with West Ham United and a possible Europa League final are the only things that matter for Eintracht Frankfurt, in this season finale, in which, apparently, they also sacrificed the course of the championship. In fact, as expected, Oliver Glasner spared some of the headlines on Monday, when the "eagles" played in Leverkusen, in a game that had no stake for them.

In the Europa League, however, Eintracht impressed again, as it did in the 2018-2019 season, when it reached the semi-finals, when it was eliminated in the knockout stages by the future trophy winner, Chelsea.

This season, the "eagles" won a group with Olympiacos, Fenerbahce and Antwerp without losing a match and it can be said that they remained invincible in the knockout stages, although in the round of 16 they lost in 90 minutes the return with Betis , from home. However, they managed to equalize in the last seconds of extra time, and the difference was made in the end by the victory in Sevilla.

However, Frankfurt has only one victory at home, this season in UEL, 3-1 with Olympiacos, in groups. Otherwise, apart from the match with Betis, there were also draws with Fenerbahce, Antwerp and Barcelona. However, the "double" with the Catalans was decided in the return from Camp Nou, won 3-2, after Eintracht had 3-0. There is no need for a victory with West Ham either, as the one in the round, only the second of the last ten matches played in all competitions, also offers the Germans the option of a draw.

West Ham United's recent form should give David Moyes some serious thought. If the "hammers" fail to return the result of the tour to Frankfurt, they may find themselves outside Europe next season, if they do not recover in the Premier League, where they have not won four stages. After losing to Arsenal at the weekend, "The Irons" reached three defeats in a row and four consecutive games without a win!

In the Premier League, West Ham missed any mathematical chance in the Top 4 and, at this moment, is also out of the Europa League places. In addition, the seventh place, the one he is currently in, is not at all safe, as the Londoners can be equal to the number of points by the Wolves, which has one game less. For this reason, the Europa League can be the lifeline for the WHU, which can reach the UCL groups directly if it takes the trophy.

West Ham already have three away victories this season at UEL, with a score that would be enough on Thursday to qualify for the final. In the group that finished in first place, "The Irons" won 2-0 in Zagreb, with Dinamo, and in Vienna, with Rapid. In addition, in the quarterfinals, they won 3-0 in Lyon, after 1-1 at home. The only away matches in which WHU missed the victory were Genk (2-2, in the group) and Sevilla (0-1 in the round of 16, result returned home, after extra time). However, West Ham only won twice away, in 2022. Apart from the match in Lyon, the "hammers" only won with Crystal Palace, in 90 minutes, on the first day of the year.

Hots stats:
- Frankfurt qualified in 22 of the 25 European doubles in which it won the first round. In addition, he never missed the qualification in the 6 occasions in which he won the away tour.
The last team to reach the Europa League final after losing in the first leg of the semifinals was Liverpool, in 2016, with Villarreal.
- Frankfurt has not been in a European final since 1980, when it won the trophy after a final act with Gladbach.
- West Ham will play for the first time in Germany, in the European Cups, after that match also played in Frankfurt, in 1976, in the semifinals of the Cup Winners' Cup.
In the professional history of the club, Frankfurt lost only one semifinal played at home: 0-3 with Leverkusen, in 1993, in the German Cup.

Given the current aggregate score, both teams will have to find a balance during the second leg, but this is a game between two sides who have struggled not to conceive goals lately.

Expect goals aplenty on this night as it is an all or nothing game for both sides, with a draw either at half time or full time!