Prediction and match preview for Espanyol vs Getafe 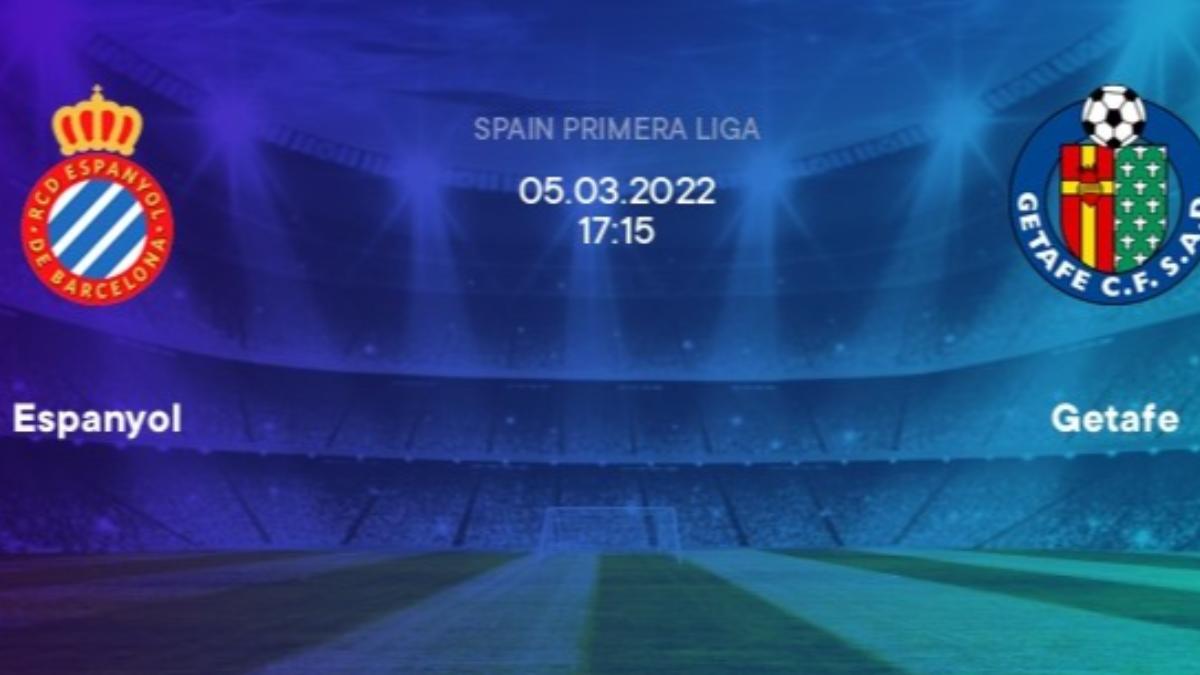 Espanyol and Getafe are next to each other in La Liga and separated by only two points before the direct duel on Saturday, in the previous head to head games the madriliens won thanks to a brace from Unal.

Espanyol continues to be without a victory in this new year, and in the last stage it suffered a stinging failure when Villarreal defeated the Catalans 5-1, the 19-year-old Yeremi Pino managed a "poker" in just 53 minutes. The defeat comes after two hopeful results, 2-2 with Barcelona and 1-1 with Sevilla,top 4 teams. It’s fair to say that in the last five rounds, the team led by Vicente Moreno has only met teams that are already on or are fighting for European positions. Now, after a complicated period, he will meet a nearby team, Getafe, in front of which he hopes to tick the first success in 2022. At home, in the last two matches, Espanyol has not lost to rivals Barcelona and Sevilla. It's not a small thing, especially since at home, in the current season, they won with Real Madrid or Sociedad! So it's a team that can cause problems when playing home with supporters at RCDE Stadium! Espanyol starts the round in 14th place, one that is currently safe in terms of points, being eight points behind the relegation zone.

The recent move has taken Getafe away from relegation spots. The Madrid based team is now in 15th place, right below their future opponent, six points from the "red zone" of the standings. After that failure with Atletico Madrid, ended with the victory of the champions, score 4-3, the "blues" drew in the following two games: 1-1 with Cadiz and 2-2 with Alaves, both being teams in the relegation zone. With Alaves, the Madrid team was led twice, but they came back each time thanks to Unal's goals. As we can see, Unal is the main offensive argument of the team from the Spanish capital. The Turkish striker has scored 13 goals this season, makes a championship stage far beyond expectations and only Karim Benzema has scored more goals than him in La Liga.In the last three months, Getafe have lost only two matches, with Sevilla and Atletico, during which time they defeated the current leader, Real Madrid. Instead,considering away games, the "blues" have terrible stats. Getafe is the only team that has no away victories, already playing 13 matches. They also have the weakest attack "away", with only seven goals scored.

Espanyol and Getafe will do a fierce battle on Saturday with three crucial points on the table in the race to get away from the bottom end of the La Liga table. Both teams are in a quite concerning form in terms of conceding goals and will be fighting for a win, so we are predicting to see at least 2 goals in this game!